Fuel stations will switch to greener E10 petrol in September 2021, but experts warn it may cause catastrophic damage to classic cars and models built before 2002.

Filling stations across the UK will switch from E5 to E10 petrol in September 2021. While it might seem like just another case of obscure letters and numbers, those with classic and older vehicles are being warned that they need to take additional measures to prevent the new unleaded fuel causing significant damage to their cars.

And damage can be caused to vehicles built just nine years ago.

A new investigation has highlighted the risks E10 petrol poses to hundreds of thousands of owners of classic cars, modern cars and motorcycles alike.

The report claims that the introduction of E10 is the biggest threat to old cars since the switch from leaded to unleaded fuel two decades ago.

Four-star fuel was banned in Britain from 2000, on environmental grounds. This resulted in owners of classic cars designed to run on leaded fuel needing to use additives when they filled up at forecourts to protect the vehicle's engine.

Alternatively, some cars could be adjusted by mechanics so that they could accept regular unleaded.

And it’s for similar concerns over air pollution and CO2 emissions that E10 will soon be dispensed by the nation’s petrol pumps - which could cause problems for drivers of some cars built as recently as 2011.

Unleaded fuel currently sold in the UK contains up to five per cent bioethanol, hence the name E5.

Bioethanol is produced solely from crops, such as sugar beet, and isn’t a fossil fuel, so is deemed a renewable source.

Filling stations have by law had to label petrol pumps to state they are E5 in 2019.

However, E5 will soon be phased out and replaced by petrol with twice the bioethanol make up.

From 2021, E10 will become the new standard with up to 10 per cent bioethanol in the blend.

Classic and performance car owners who buy super unleaded higher-octane petrol will not immediately be affected, as this is set to remain at the E5 mix for five more years.

Why is E10 being introduced?

With the Government targeting net zero for CO2 emissions in 2050, vehicle pollution is high on the agenda.

It's for this reason that ministers plan to ban the sale of new petrol, diesel and hybrid cars from 2035 - possibly fast-tracked to 2032 - as motorists are pushed towards zero-emission electric vehicles.

The introduction of E10 fuel will be part of these efforts too, as it is claimed to cut carbon emissions by 750,000 tonnes per year.

Why is E10 going to be a problem for older - and some recent - cars?

Although many cars run E5 without any problems, doubling the amount of bioethanol in the fuel can cause a variety of issues in older cars. Because ethanol is hygroscopic, it absorbs water from the atmosphere. And that water, in turn, finds its way into your car.

This can lead to condensation in fuel tanks, fuel lines and carburettors and cause corrosion in brass, copper, lead, tin and zinc components.

As ethanol is also a solvent it can eat through rubber, plastic and fibreglass, so hoses and seals are likely to perish more quickly because of the higher concentration of ethanol in E10.

How many UK cars could be damaged if owners fill up with E10 fuel?

The DfT states: 'While the vast majority of petrol vehicles in use today are fully approved for use with E10, it is not straightforward to set out which vehicles produced prior to 2011 are approved for E10 use, as there are no clear cut-off dates for determining compatibility.

"Compatibility needs to be confirmed by manufacturers for each model."

The government department estimates there are 700,000 petrol models in use in the UK that are not approved for use with E10 fuel. This represents around 3 per cent of all cars on the road.

Around half of these (350,000) are day-to-day use vehicles, it says. These appear as the smallest concern for ministers as they 'will eventually come to the end of their lifetime and be scrapped', according to the DfT's consultation. However, there will always remain some classic and cherished vehicles in the car fleet that are not advised to use E10.

How will I know if a filling station is using E10 petrol?

Existing legislation already requires that a consumer message must accompany the sale of E10, informing motorists that not all vehicles are approved to use unleaded with up to 10 per cent bioethanol mix.

The Petrol Retailers Association (PRA) says that there will be an advertising campaign six months before the launch of E10 to advise drivers of the difference between the fuels, and a new website that will allow drivers to check the compatibility of their car with E10 petrol ( www.gov.uk/check-vehicle-e10-petrol ).

Phil Monger, PRA's technical director, stresses that change won’t be made overnight and believes that many owners of old cars may have already made modifications since the introduction of E5 fuel.

"Vehicles that are very old will have materials that will not be compatible with E5 either. E10 will only hasten the day when it causes you some difficulty with those materials," he said.

Given that the mechanical alterations could run anywhere from hundreds to thousands of pounds, the classic car insurer is calling for all information campaigns to be brought forward, to allow drivers sufficient time to plan and budget accordingly.

"Hagerty represents the community of owners of classic cars, modern classic cars and motorbikes, and calls on the Government and Petrol Retailers Association to accelerate information campaigns for drivers and riders," says Hagerty editor James Mills.

"There may be extensive mechanical modifications required by some models, which can be a costly exercise – during an already challenging economic environment."

In addition, ethanol isn’t as energy dense as petrol which means that the fuel-air mix could be leaner and may increase fuel consumption (in comparison to E5).

Guy Lachlan, managing director of Classic Oils, has outlined some advice to owners of older cars and classics.

"You’ve either got to use fuel with no ethanol or change the materials that don’t like it," he explains.

"If you are in any doubt about your rubber fuel lines, change them. (See below for supplier of fuel hoses). Get rid of your fibreglass petrol tank and install an aluminium one."

"The other thing ethanol really doesn’t like is solder. If you are running a soldered float in your carburettor, then think about carrying a spare – they’re generally quite easy to change."

Supplies of E5 petrol will be maintained at forecourts, but only in the form of super unleaded, which is far more expensive than conventional, lower-octane, petrol. It is currently priced at 137.2p-a-litre compared to 126.2p for standard petrol, according to average UK fuel prices at the time of publication.

Hagerty says owners of classic and modern classic cars should consider lead additives for models that are not designed to run on petrol with such high ethanol content.

"When it comes to storing your car, if it is older than 1996 and doesn’t have a catalytic converter, you can use a lead replacement additive such as Castrol’s Classic Valve Master which can help prevent corrosion as it also contains an ethanol stabiliser."

"This product has received endorsement by the Federation of British Historic Vehicle Clubs."

"For modern classics there are catalyst-friendly additives available such as Millers Ethanol Protection Additive or Lucas Oil Ethanol Fuel Conditioner, but your best advice is to check with the car manufacturer or relevant owners club."

What if I fill up with E10 in error? Can I still drive the car?

If you accidentally pump E10 fuel into a vehicle that isn't compliant, the RAC says that, unlike putting diesel into a petrol car or vice versa, you shouldn’t need to drain the tank.

While having E10 in the tank will make it harder to start the car from cold, one fill-up shouldn’t - in theory - cause lasting damage to the components. If you do make this mistake, the advice is to top up with E5 fuel as soon possible, ideally when you’ve used at least a third of the tank. Motorists are warned to not put their car in storage with a tank full of E10, and to ideally use it up entirely or having a larger mix of E5. There is a modicum of good news, in that super unleaded is set to remain at the E5 mix for five more years after the introduction of E10, according to the PRA. With most super unleaded E5 currently only containing between 2 and 3 per cent ethanol, this should be more than sufficient for older vehicles. However, the bad news is that super unleaded does cost more – typically 15 pence per litre. That means each fill up will cost an extra £6 to £10. Exemptions for filling stations on the Scottish islands:

The proposals in the consultation document have been extended to cover filling stations in very remote areas where access to the protection grade (E5) is most sparse. Any filling station within an area covered by the Rural Fuel Duty Relief Scheme, as defined in Schedule 1 to the Hydrocarbon Oil and Biofuels (Road Fuels in Defined Areas) (Reliefs) Regulations 2011, will not be required to sell E10 petrol. This includes the Scottish islands, as well as a small number of other remote parts of the UK. E10 petrol will still be permitted to be sold in these areas, but not required.

It has been suggested, but not confirmed, that only garages with a turnover of more than 1,000,000 litres per year will be able to continue to supply E5 fuel. NOTE: This information has been gleaned from various Governmental sources.

Can be obtained from Car Builder Solutions 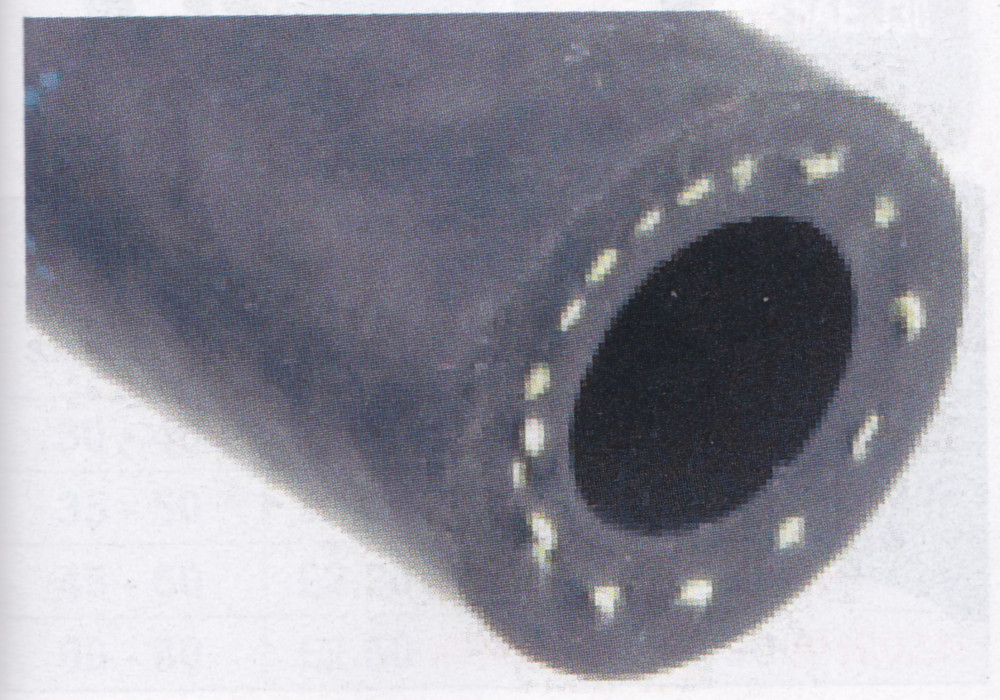 Other sizes are available.