TR Drivers ClubThe Jubilee special edition car of 1977 is a TR7 that has interested me ever since I pulled into a BL dealership in 1985 and a young mechanic rushed out to ask me if the black car with silver stripes I was driving was a Jubilee. He was disappointed when I responded that it wasn't but just looked a bit like one.

But did the Jubilee edition ever really exist? There is only one definite reference to it that I have ever seen and that was in the Triumph Pocket Guide book available around the mid-1980's. This had the same picture as printed in William Kimberley's TR7/8 book of 1981 and the caption inferred the Jubilee edition cars came only in black - "For the Queen's Silver Jubilee Triumph produced this all black car with silver stripes". No one I've spoken to who was at Triumph back in the day can remember anything about the Jubilee so it has remained a potential myth ever since. 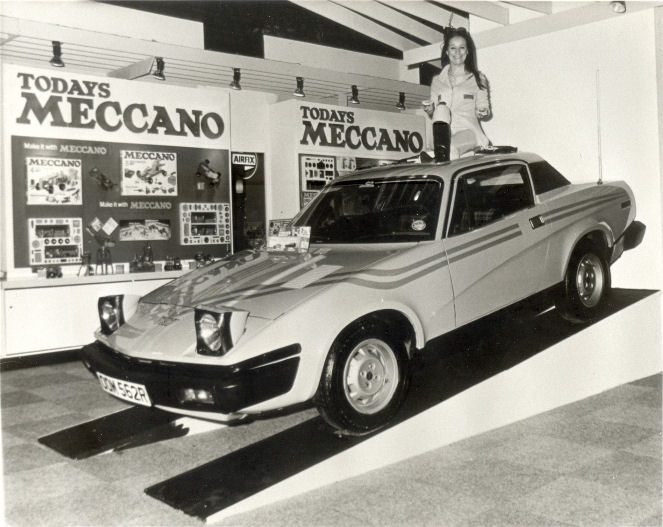 However, Chris Turner has a white car we believe to be a Jubilee. It has had only one previous owner, Diana Christine Lloyd, and her initials are on the door handles - this is a feature that may have been available to Jubilee customers. It also has extra union jack decals that were present from new. The car was originally purchased after a 48 hour "try before you buy" loan of one of the few demonstrator cars finished in lookalike "works" rally car livery (often mistaken as being the official "Jubilee" special edition). It has never been repainted so if correct this confirms Jubilee cars were available in other colours besides the generally accepted option of unique black paint. Chris's car was produced in 1977 which is obviously the right year for a Jubilee and looking at registration numbers on the DVLA database around that car's number (TDF 711R) has provided details of two black TR7's that are no longer registered. The fact that there were two black TR7s in the same registration series as a car we believe to be a Jubilee is unlikely to be a coincidence so it seems the Jubilee in black really did exist.

Jim Tencate of the Triumph Wedge Owners Association in the USA has done some research on paint codes and there were three blacks in the Triumph armoury. The expectation was for only two but this third code suggests it belonged to the Jubilee. PCF is the TR7 Spider special edition and PMA is the TR7 Premium special edition. But there is also PAG which we can now assume to be the Jubilee black.

It has been rumoured Jubilee cars came with a unique interior featuring special seats. Some have even stated this to be black seats with silver striping to match the exterior of the car. But as no one has ever reported seeing anything like this the indications are this is incorrect and most likely someone reading something into the publicity material for the March '77 face-lift which brought us the tartan seat facings and full width wheel trims.

The accompanying images from a 1977 brochure suggest either the Jubilee did not always go by that name (the brochure makes no mention of "Jubilee") or the stripes were not unique to the Jubilee. We believe it is the former as the brochure states "maximum of three initials on each door to purchaser's requirement". The car in the images does have what looks like the initials "TFS" in front of the door handles. The Jubilee is reputed to have come with the option of "TR" on the doors or the customer's designated initials, whichever option was preferred. 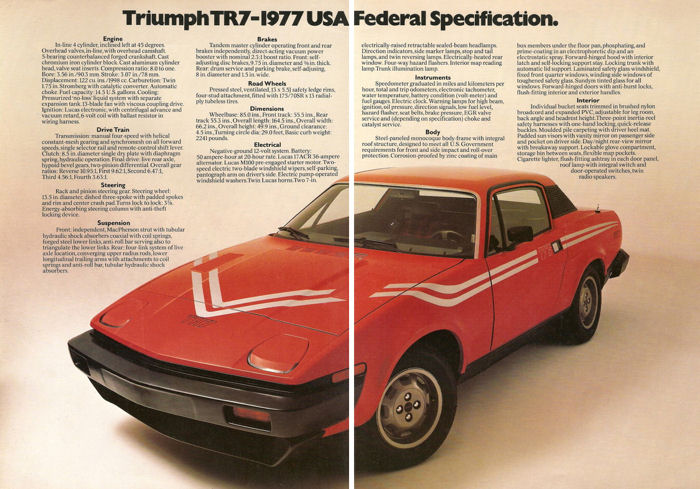 The conclusion we can draw from all the circumstantial evidence accumulated thus far is that the Jubilee may simply be a 1977 car where the option of the owner's initials on the door handles was offered. Perhaps this was only offered after opting to purchase a car following the "try before you buy" 48 hour loan. But it is most likely there was a full Jubilee which was a set of optional silver stripes made available for the Queen's Silver Jubilee in 1977 plus the option of a unique black paint finish.

We already have a stunning TR7 Spider in the club, several TR7 Premiums and a US Victory Edition currently being restored by Steve Thomas from Devon. Would any member be willing to restore their 1977 car to full Jubilee specification in order that we could display the full range of limited edition TR7s? Then again, someone will also have to come up with a "Southern Skies" - now there's a challenge! 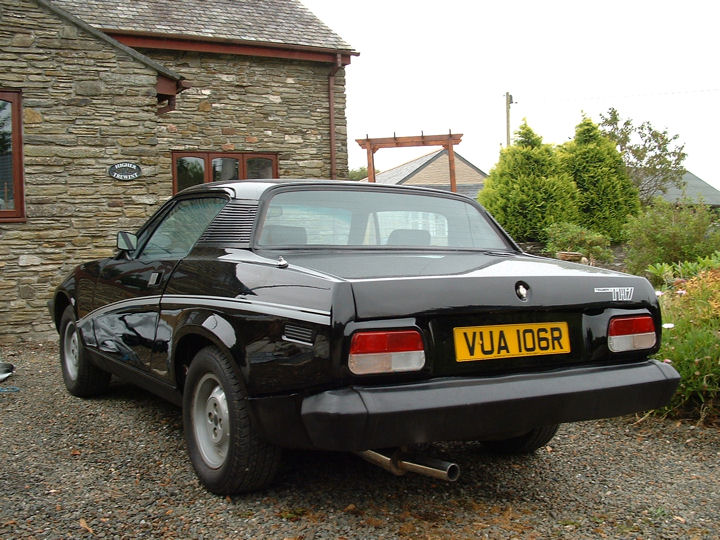 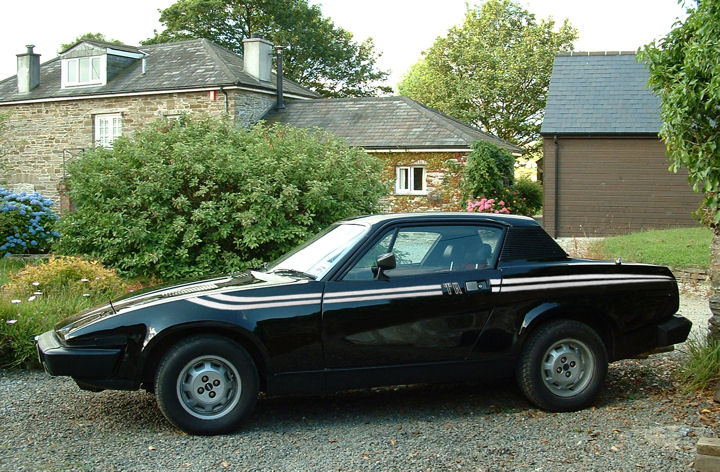 TR7 Jubilee try before you buy car - This is Jeff Poole's old car and one of a few cars finished in lookalike 'works' rally livery to sell the standard cars. It seems this promotion may have continued into 1978 as this particular car is an "S" registration which ran from August 1977 to July 1978. 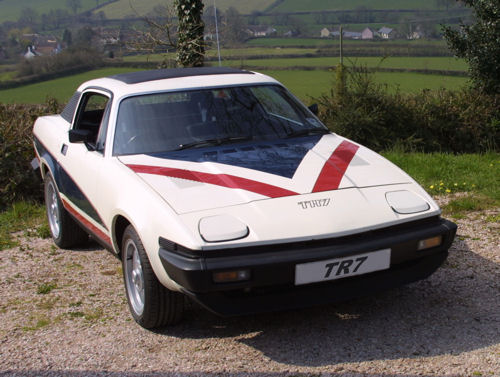